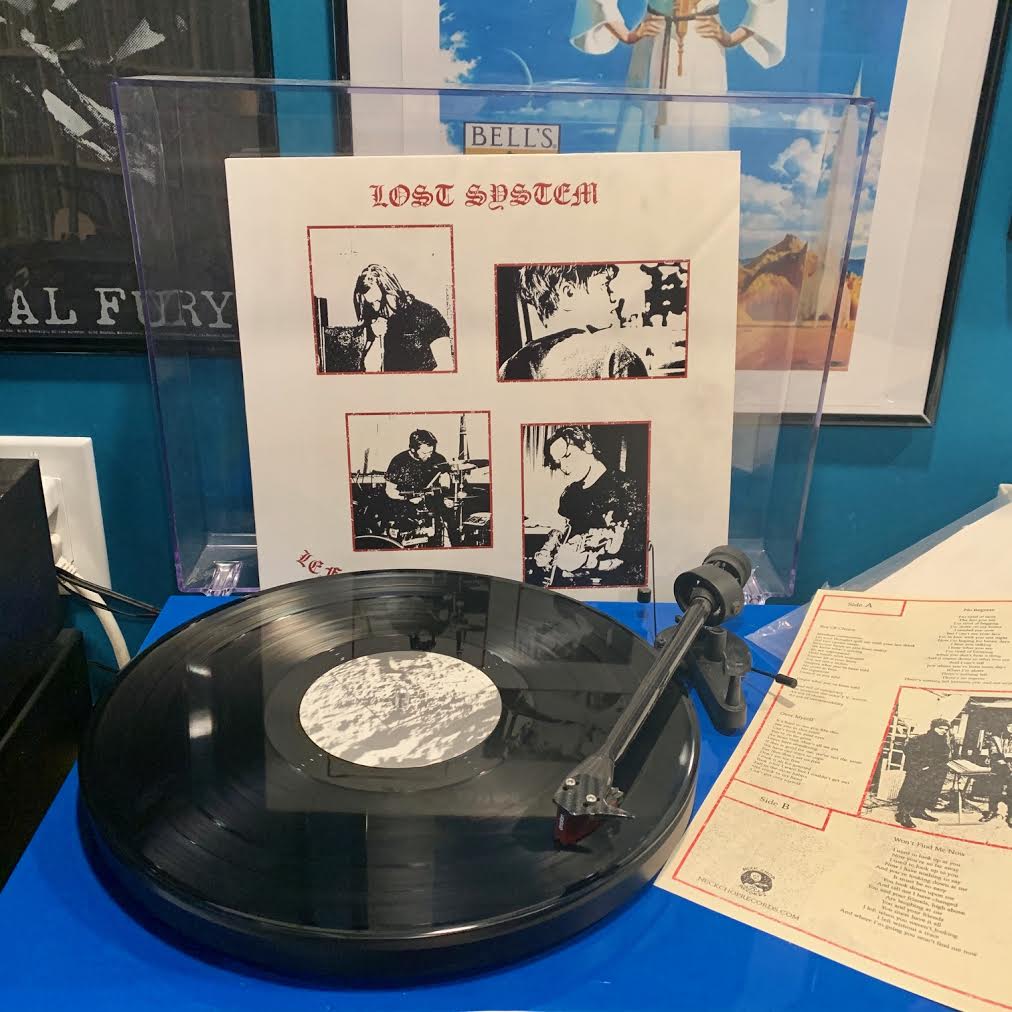 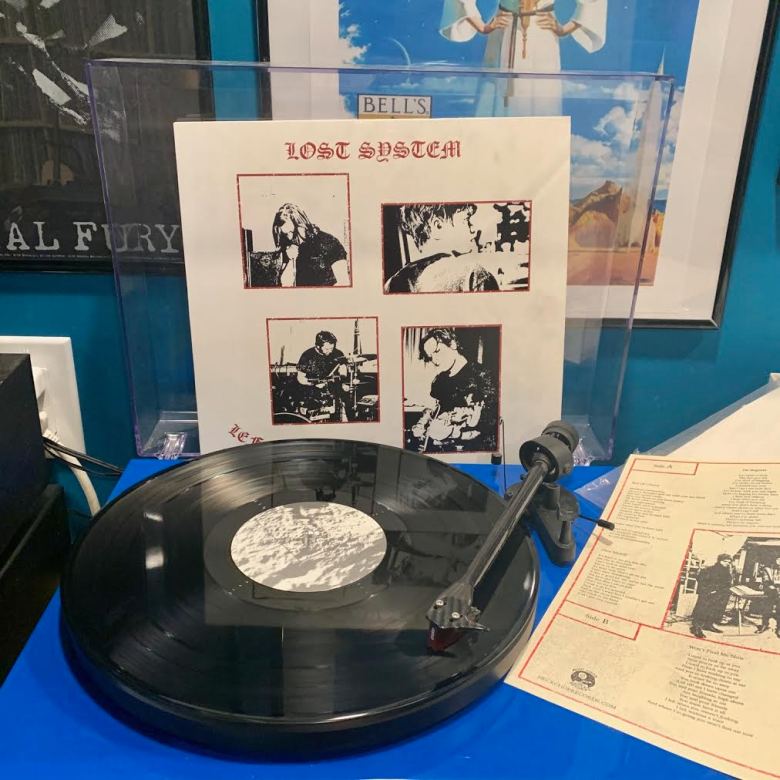 Lost System was born from a band called Black Monuments (3 tapes and a 7″). When their bozo bass player decided to hitchhike to Portland, OR, they picked up with a new bassist and moved forward with a different name and sound. After that I’d thought that dark synth wave died for a while. I think it got too far away from its truer roots and became some junk that, like most things I enjoy, was eventually coopted by fashion and art school students. To be honest, I could be making all of this up. I really don’t know a lot about Dark Wave at all. It’s not disjointed like post-punk, and it doesn’t talk extensively about Dracula and spirits therefore avoids the “Goth” moniker.

A year ago, No Bails (the band I’m in) played with Lost System and Trampoline Team in a Grand Rapids, MI basement. Having 3 different sounding bands on the same show made for a terrific night. I remember standing next to my pal Justin Farrar and us both entranced by Lost System. I got a bad feeling from their synth guy. He played terrifically and his dark wave keyboard playing was on point dark wavy keyboard playing, but something about him seemed unctuous and made me feel uneasy and annoyed. Maybe he had a mustache and was looking for people to look at his mustache. Also, I could be remembering a totally different person. I could have also just been hoping to see Matt Maier (Black Monuments, Legendary Wings) as the keyboard operator and not ready for a new face. Nevertheless, this new guy brought the glum aural ambience needed to make this a memorable night.

But it’s not just the keyboards that make this LP work. I’ve always been a fan or Lost System’s drummer, Michael Housman, because of his simple, concussive, driving style. Housman knows how to hold back and precisely when to change into a dynamic that makes me sit a little straighter, and focus a bit. I’ve skipped back through parts of these songs because I had thought I heard the drums do something, but I had to make sure. Guess what. They do something. It’s almost like he’s playing for a single person in the room that’s in on a personal joke. Jesus, it sounds like I have a crush on the guy and I don’t at all. I just like his drumming. While all of this is going on the bass rumbles just beneath the surface almost like watching a storm front slowly move in across Lake Michigan. Adam’s bass playing is instinctively and lead with his heat as the metronome and I don’t mean that in an artistic way. I mean that his steady, pensive, rhythmic addition might be what holds this entire thing together. Oh yeah, this LP might have changed my mind on my third most hated thing behind jazz and modern country, and that would be saxophone. I pretty much hated the saxophone, but it’s used in such a sincere and stylistic way that it complements the songs. When I read that saxophone was on this LP I pictured it ruining things the same way that it’s done for the Cure and countless other good bands songs. Not in this case though. The saxophone added a coat to make this LP more complex and layered. Though, for me, the glue that binds this together is Michael McFarlane’s lyrics and delivery. The lyrics characteristically mirror life in the Middle West in a way that can only compare to the way Joy Division mirrored their working class, cloud covered factory town. To be clear, I’m not comparing them to Joy Division in sound but moreover in authenticity. McFarlane’s lyrics hit to the center of the Rust Belt wherein they pull together a longing, aggravation, concession, despair, hope, introspection, biting humor, and a look at tomorrow.

In the end, I’m almost never surprised by music but this did make me take notice and really listen to all of the musicians separately and then again altogether. But where most of these bands fall short for me in the way that most LPs have 3 good songs and the rest could have been split up or dumped altogether this holds interest throughout and any one of these songs could have been a single.  My hope is that anyone reading this is in a personal financial place and willing to take a chance on this LP.

I’ve known Michael for a chunk of years.  We are the kind of friends that always say we should hang out more, but we never do. My good pal Curtis and me went over to Michael’s apartment a couple times and spent the evenings popping jokes and drinking Four Roses booze. I hope that that will happen again sometime but until then I have this record and the text exchange of me asking if the Lost System synthesizer person ever had a mustache. (JD)