I got this tape in the mail on Friday and it made for a great start to the weekend.  I had zero knowledge of who these guys were and had never heard them before so I had fun digging around “the google”, while listening to this metal rawness.  The tape was packaged like it came straight out of the 1980’s and a hesher handled it from start to finish and dropped it off to the post office on his way to the mall (to score weed).

Upon the first listen I could hear some demo styled Possessed from like 1984 or something.  Straight up noisy and raw blackened metal that sounded kind of like Chuck from Death had come back from the grave to help them record it in a ’85 sorta way (you know… on a boom box).

Upon the second listen I could hear black metal in the bands sound, but that comes straight from the vox.  Not much can be determined about songs, and the titles etc… this is done pretty mysteriously.  I love the solos that basically hover over the entire recording, and after some digging I found out it was Shaun from Annihilation Time, Gordon Solie, Wetbrain, Midnight, etc. was partially to blame for this nastiness.   The rest of these guys are lifers from Life’s Halt, Annihilation Time, Holier Than Thou?, California Love, Letcherous Gaze, Yarrow etc.  Again, after scouring the inter web I found the bands bandcamp, and can honestly say the band sound totally different than on the cassette tape I got in the mail.  First off, the vox are way to loud for my tastes on their bandcamp and everything sounds cleaner there.  The tape is/was done 100% how it should be done.  It sounds so old, real, and raw that it seriously leaves me wondering how they accomplished this feat.  I was tape trading in the early 80s and this tape could have fooled me.  Do yourself a favor and figure out how to score the actual tape… don’t listen to the digital until after you listen to the tape mix.  Email addy on the tape is Denimyeti83@yahoo.com.  Otherwise try to contact them on their bandcamp. (NW) 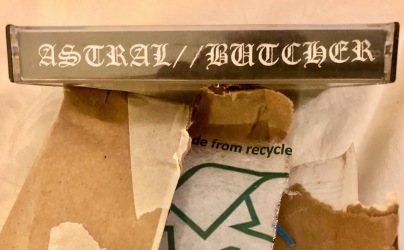 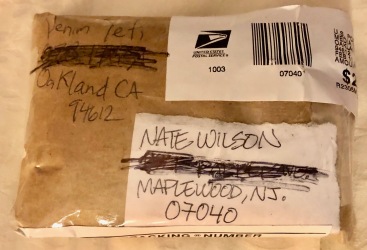