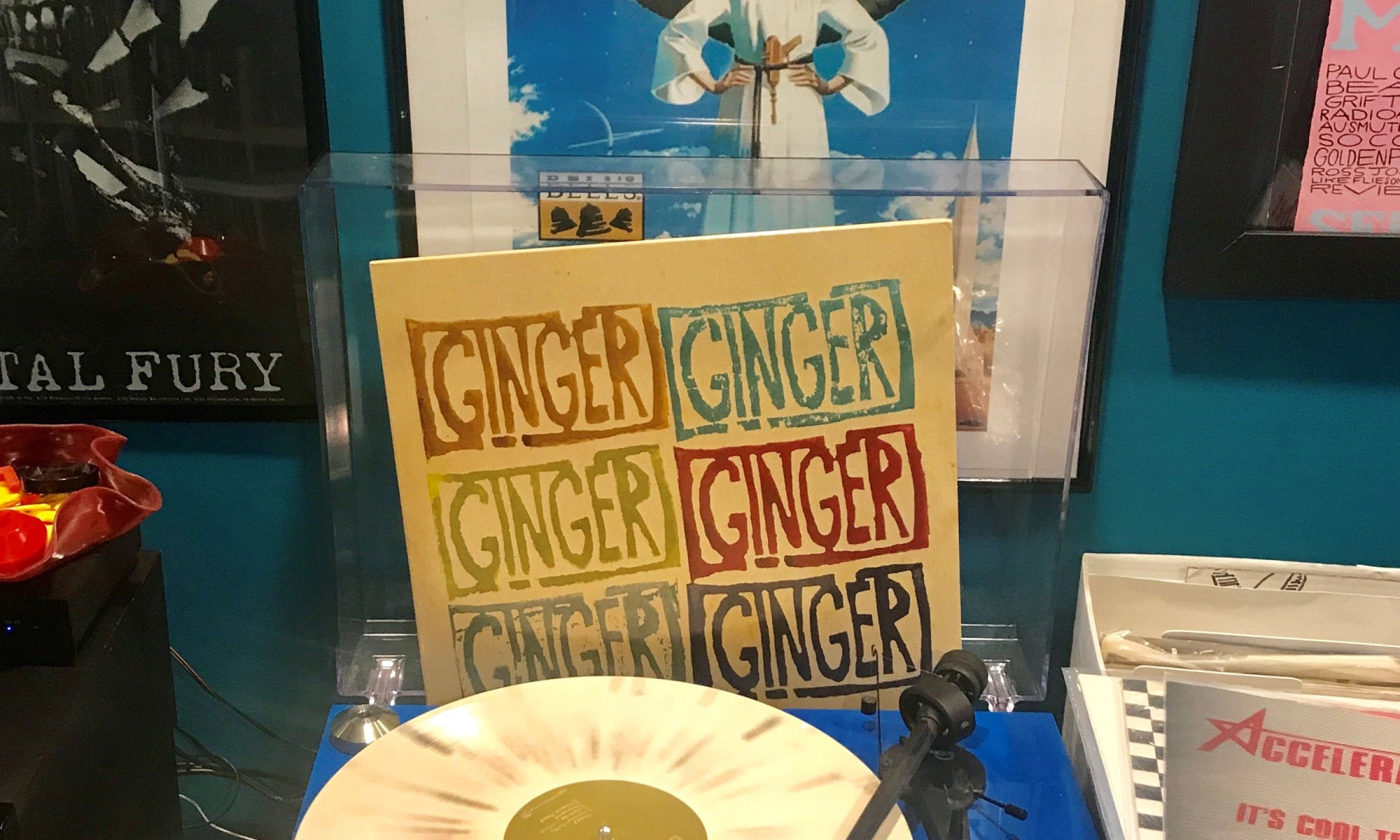 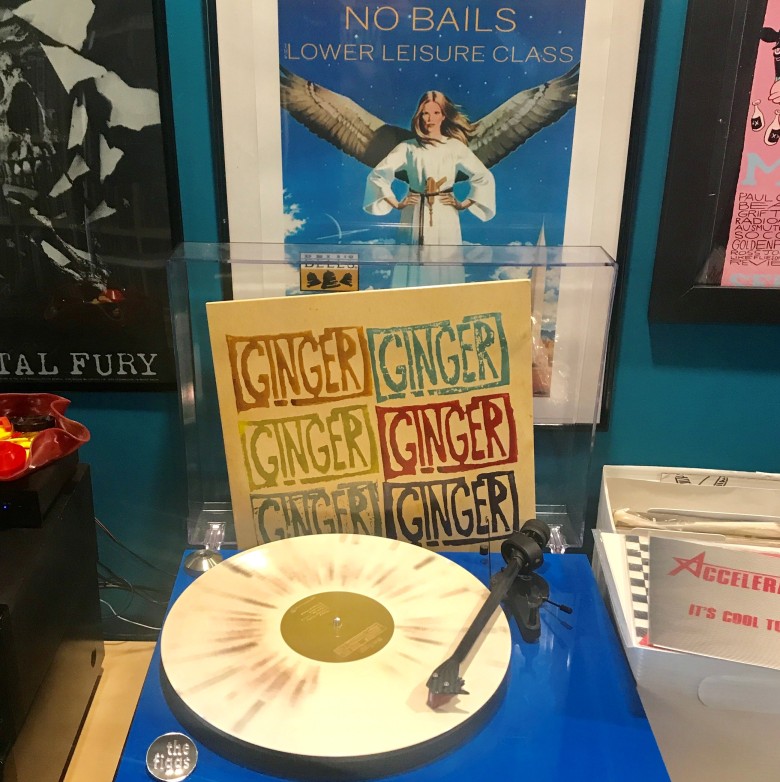 Two interviews and one LP review! It’s a fan pack of Figg-ary-ness!

I need to let you in on a couple things before we get into the meat of this review:

1. I grab all of what The Figgs release on vinyl, all of it and without question or listening to any tracks first.

2. The interviews are from memory and are more like me saying stuff to members of the band and their reaction.

3. I’m pretty certain that every encounter I’ve had with this band I’ve embarrassed myself.

In 2012, a pal and I traveled from Michigan to Albany, NY to see the first of two shows that commemorate the The Figgs’ 25 years of being a band, I think. The show at Valentines is over, has been for over an hour. My pal and I are tipsy. Pete Hayes was the last man out and had a car the size of a potato and fully loaded with all of his drums, including the passenger seat.

Me: Pete that was great, really, really great. We came all the way from Michigan for it.

Hayes: Oh, cool. Thanks for making the trip.

Me: No prob. Can you give us a ride to our hotel? It’s a two-mile walk.

Hayes: I would but I truly have no room.

Me: I bet I could squeeze inside your bass drum

Hayes: I’mmm gonna to get going.

The Ginger LP is the Figgs first long player. This was originally a cassette only release from 1992. However, thanks to Matto and Peterwalkee Records, it is finally seeing vinyl. I think it is a bold move to start off any LP with an instrumental, especially from a band that, at the time, no one had really heard of. But dang duder, in 1992 these The Figgs guys were onto something. When track 2 kicks in, “Kristy’s Boots” I’m transported back to how I felt the first time I heard The Jam. I have to wonder though, is Kristy a real person and was she really that hard to get along with? And the lyric “and you blow your mind” repeated several times, I wonder if it’s a drug reference or about a woman who’s had too much of the everyday and junk and opted out.  The following “Sleaze” is another nonstop sing along banger. The 4th, “Floored” is where it goes from great Power pop- rock record to “Jesus, what the fuck! I didn’t see that coming.” They toss in an (mostly) acoustic number that is packed full of sorrow and sweetness. And to kill side A ,“Milk Dud” comes in swinging. And it’s just shy of a hardcore tune with a mosh-break-down and everything.

Side B punches in with “Happy” (also released as a 7″ single in ‘92) followed by “Wasted Pretty”, which later appeared on the 1994 LP Low-Fi at Society High. Songs 4 and 5 on this are terrific but, for me, it is the third song on Side B, “Can’t be Cloned” that grabs me and throws me around the room. “Can’t Be Cloned” has all the right rock tricks: lyrical self-pity,  a back up vocal in the verse sang in a different melody, a little choppy break between verses, a self-aware and self loathing/retired to fate memorable sing along chorus,  and a bridge that doesn’t go too far off the pace or feeling of the song. To me, this entire pile is worth it for this song.

In the end, these are great songs with the right amount of imperfection to make this perfect. It’s ambitious and humble. The songs still resonate with early 20s angst and confusions while having a tone of wisdom, sarcasm, and tunefulness that still captivates me. To take a quote out of context form my pal Charles (Gern Blandsten Records, Follow Jean Through the Sea), “There is no bad Figgs record. They range from “That’s the best thing I ever heard” to “Jesus Christ, that’s good.”  This record is solidly in between those statements.”

November 1997, I only have $20. Paul Bearer from Sheer Terror is working the door at Brownies, NYC.

Me: Hey man, I have a question for you.

Me: All I have is this $20 for tonight and I wanted to get a couple beers but beers are too expensive for me here. Do you have any ideas on where I could go around here before the Figgs start?

Paul Bearer from Sheer Terror: (hands me back my change, now down to $15) Ya see that yuppie bar with all the lawyers across the street?

Me: (I look and know exactly where he’s talking about) Yes. Can I afford drinks there?

Paul Bearer from Sheer Terror: Ha. No. But if you tell the bartender I sent you and give him some cash, you’ll be ok.

Paul Bearer from Sheer Terror: (as I’m walking back out the door) I hope you don’t have any allergies.

I walk into the bar and it is totally young NYC beautiful business types in suits and skirts. I clearly don’t fit in. I sit in a dark corner of the bar.

The bartender: Paul Bearer (from Sheer Terror) send you over?

Me: Yes. Here’s all the money that I have.

Bartender: Cool. Sit tight. Do you have any allergies?

The Bartender begins to grab half drunk drinks and nearly full drunk drinks and pours them into a glass. He walks over to a freshly made martini, pulls it off the bar and asks the young buck in the suit if he’d like another one. The young buck ordered another one. My drinks were the leftover waste of a room full of fancy NYC up-and-comers. Some of the drinks had rosemary sprigs, or orange twists, or muddled mint. One had a couple of those things and an olive with a bite out of it. To me it was like a magical fish bowl, both the drinks and the room of people. It was frigid outside but I was warming up nicely. And just as the thought of how beautiful and wonderful New York is, I remembered The Figgs were about to start.

Paul Bearer from Sheer Terror: There he is. I was about to send someone to go look for ya. They’re about ta start.

The Figgs played super long that night, just killed it with all the hits. After everything was over I was compelled to go talk to them.  Mike and Pete D were the closest to me.

Me: You guys are really great.

Me: Ever thought about covering “In the City” by The Jam front to back?

And then I think I went to Burritoville and got a Fogged Out in Oregon to chomp on the L back to Brooklyn.

I belong to top-secret-cyber-basement-room on a popular media platform for the The Figgs fans. Several years ago I found an old tape someone gave me of old the The Figgs songs and I posed the question to the group – (do you think) If I pitched in for them to do a 7″ of  four short fast-ish power pop songs that they would do it? … I was hit back with talk of it being unfair to ask a band to compromise their art and that I should stop living in the past. I get it, however they did write the lyric “an antisocial lesbian said you were dumb.”  Listening to Ginger and reliving these interviews, I can’t imagine that me asking them could turn out any worse than my previous encounters and could either be a redemption or follow my pattern, win-win.  (JD)